By Julie HydeSeptember 9, 2019Articles
No Comments 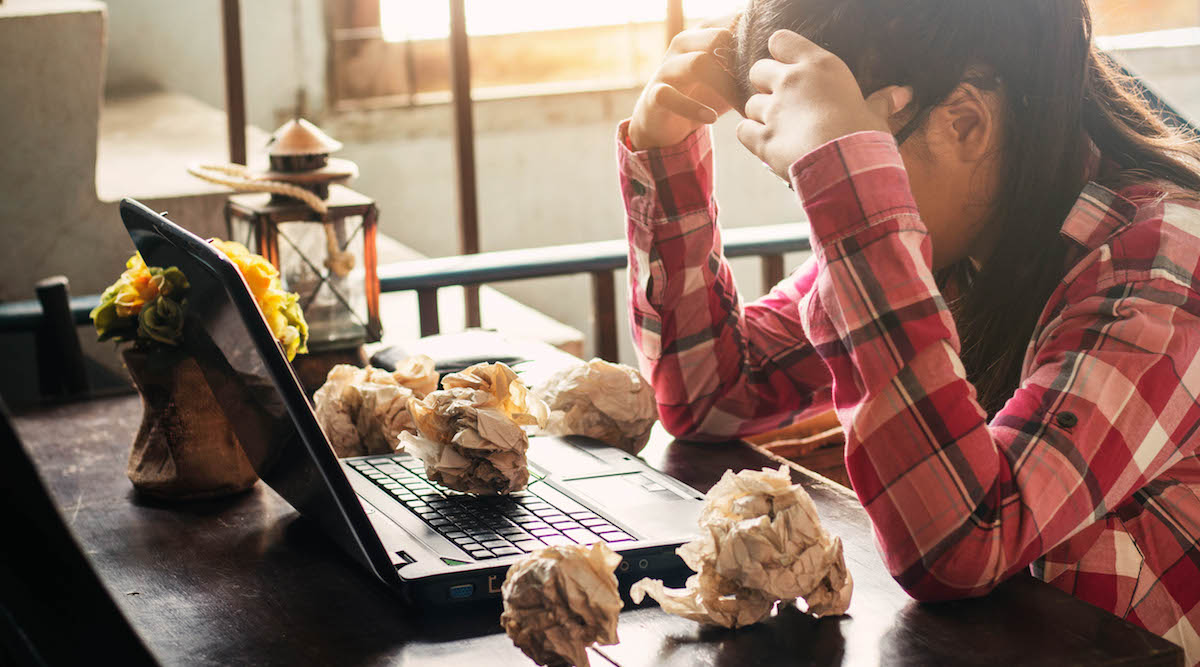 It’s awful seeing someone in a state of overwhelm.  And no doubt you know how they feel having been there yourself.  It’s one of the biggest issues workplaces are facing today due to the higher demands, time and financial pressures and the endless number of distractions. People are becoming more and more overwhelmed with the amount of work they need to be doing to meet the looming deadlines.

People start to feel overwhelmed when they feel a loss of control. The to do list grows, time seems to be shrinking, resourcing seems to be lacking and the time given to complete the tasks doesn’t seem to be enough. The internal stress and pressure starts building, the self-talk becomes very negative and they start to focus on the lack of what they have and the enormity of the task, rather than taking a step back and assessing with a clear mind what has to be done and how to do it efficiently. It’s an awful cycle to get into and one that’s hard to break without some help. It’s similar to trying to eat an elephant in one bite – that’s impossible!

As a leader, this is something we need to get a lot smarter at identifying early and dealing with in an empathetic way. We can’t avoid these situations and hope it will get better, it most likely won’t. If you get onto it early, you will hopefully avoid a situation of total overwhelm for the person.

One thing I have learnt as a leader is, it doesn’t matter if you believe the overwhelm is valid or not, whether the person should be coping better or how you would deal with the situation – the thing that must be acknowledged is how the person is feeling and that can not be disputed. Their feelings are real.

Tips on How to Deal With Overwhelm

I am not an expert, but I have dealt with many situations like this and it’s becoming more frequent. I tend to follow these 3 steps to try and deal with the immediate issue which can then lead to putting steps in place to help the person avoid future overwhelm but the key is to try and calm the situation down first.

When a person is in a complete state of overwhelm, there are many reasons that have contributed to it, more often than not predominantly caused by the person themselves. One of the best things you can do is let the person talk, vent, complain, be emotional, swear – just get it all out without judgment. There will be tears, raised voice, anger, criticism, feelings of helplessness and failure. What you are trying to do is let them unload the pressure, the heaviness of it all and then simply breathe. Take them out of their environment, walk with them, allow the silence and just let them get it all out there. This can be challenging especially if you know you’re unable to change the situation or if the complaints are about you, but it’s important to let the person simply unload whilst also encouraging the person to breathe.

The last thing you should be trying to do is solving all the problems that are causing overwhelm. The person isn’t ready to hear that as yet and not in a space to compute the suggestions. Just provide the space for the person to be and hold that space for them. Meaning; be present, give them time, listen and be empathetic. Their feelings are very real and raw. Some solutions can (and needs to) come later.

Following on from 1 & 2 above, one of the most powerful things you can do is ask the person what is the one thing that they can do to make themselves feel better and gain a sense of control? When I was dealing with an overwhelm issue recently, I asked this question and it took the person a little while to come up with the answer. But the response was simply to work away from the open environment, removing themselves from distractions and questions and move into a quiet room one afternoon a week so they could assess what was happening, what had to be done and how to do this efficiently. The aim to is empower them with one thing they can do in the short term that is within their control.

By following these steps, the aim is to calm the individual down, release some of their internal pressure and circumvent the loop that they inevitably take themselves through of telling themselves it’s all too much and they can’t do it time and time again. Once you have done this and the person has regained a sense of control over their emotions, you can move towards solutions and providing them with a sense of clarity about what needs to be done and how to avoid future situations. I would encourage this to be done the following day and help them chunk down the tasks to eating that elephant one step at a time, one priority after another. Then regularly check in with them until you are confident they are back in the drivers seat.