The Sport With No Winners. 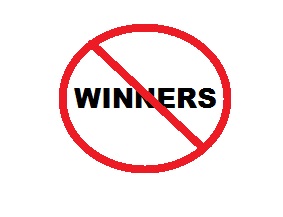 “To avoid criticism say nothing, do nothing, be nothing.”  ~ Aristotle

Over the generations, and certainly now in our technological time, some of us have become really, really good at being critics. It’s really easy to point out what people are doing wrong, fashion faux pas, poor public speaking and poor performance. We’ve practically made a sport out of it. Because after all we’re perfect right?

As leaders, it can be too easy to notice what’s not happening in the workplace, what people aren’t doing, what they’re not saying and what they can’t do.

As employees it can be super easy to focus on all the things the company doesn’t provide you, what the leader doesn’t do for you, what a poor leader they are and how little you get paid.

We criticize those in politics for everything they do wrong, what they say, how they dress and how they speak. I’ll make one point – Julia Gillard. Gillard bashing became a national sport. And now the common question on people’s lips is “Who would get into politics these days?” Certainly not me! And they want more women in the political arena?

It’s easy; we’d never do what they did in that circumstance and we’d achieve a much better outcome. Wouldn’t we?

I bet not! And I’ll even put money on it!

I love Aristotle’s quote above and it rings true for me and I’m sure many of you.

If you are taking risks, being a leader and trying to make a difference, those who don’t want you to succeed or who feel threatened by you will criticize you, probably predominantly. And the second group is those who have simply honed the skill to focus on lack – what they aren’t getting and haven’t got. And I think that is a skill that has been carefully tuned over many generations. There are no winners in this. None.

We need to turn the corner and we need to focus on what people are doing, what is getting done and the rationale for decisions. We need to start seeing the positive in things.

If you’re being criticized, you’re probably doing something right!