By Julie HydeApril 30, 2019Uncategorised
No Comments 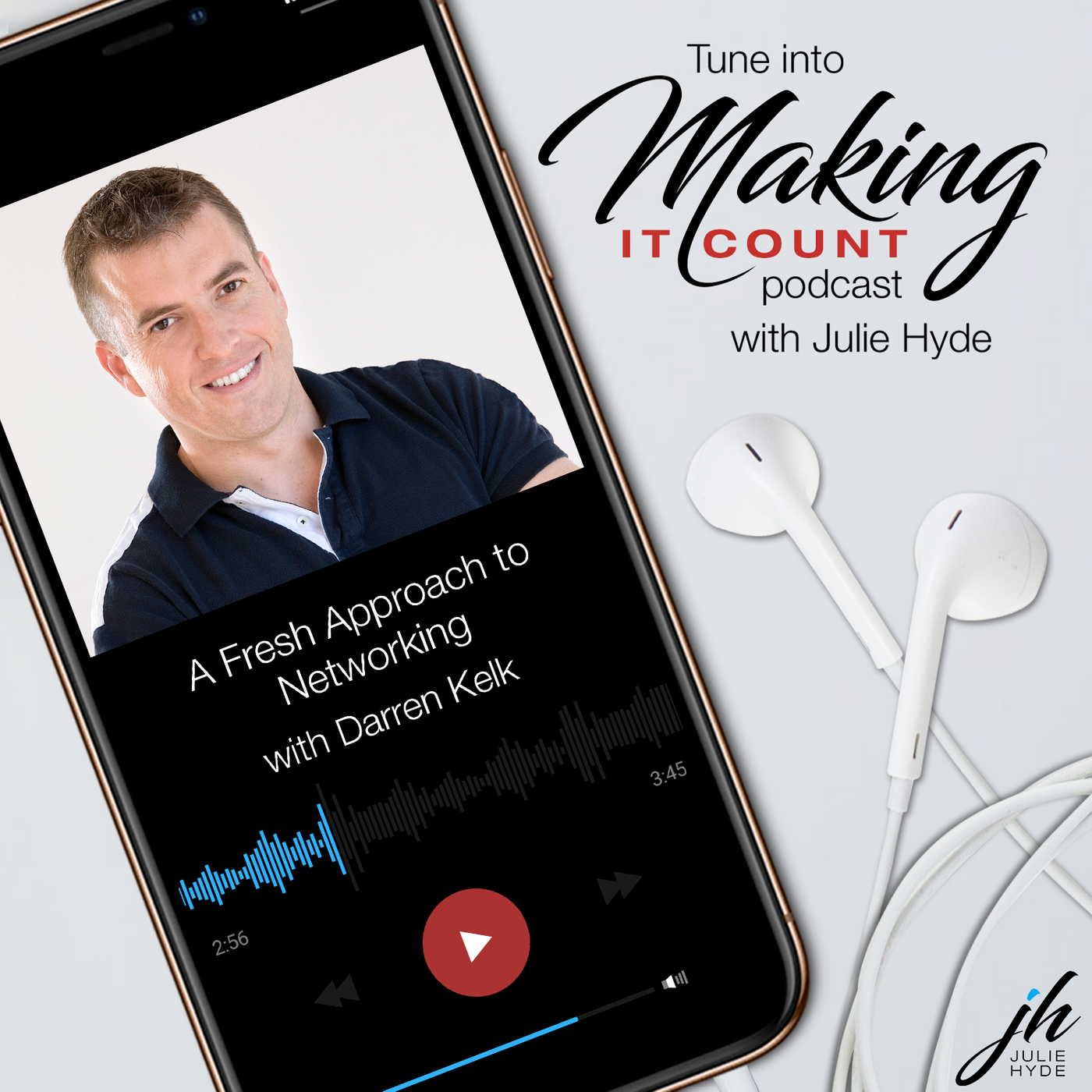 Today I have Darren Kelk, Founder of Fresh Networking with me.
Darren has had a very successful career in the travel industry, starting at Flight Centre as a travel consultant in 2001 and working his way up to Area Leader. He then ventured out on his own with TravelManagers in 2010 which is where he discovered the art of Networking and found he was a natural fit.
Networking became a key marketing strategy in his business and throughout the years he has been involved with many networking groups throughout Melbourne. However, as Darren’s business evolved he found it difficult to find a group that really resonated with his values, so, therefore, he created his own called Fresh Networking.
Darren started Fresh as a hobby with a hub in South Yarra, Melbourne with 15 people and now it has grown to 17 hubs with over 200 Freshies in Melbourne and is now looking to expand up to the Eastern coast.
His official title is ‘His Royal Freshness’, which shows his quirky humour and sense of fun, which resonates throughout all aspects of the business.
This is a fun and interesting chat where we discuss:
Enjoy my chat with Darren.
Links:
Fresh Networking
TravelManagers
Share Tweet Share Pin