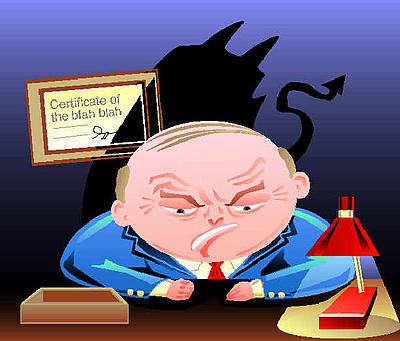 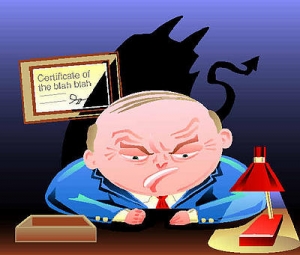 We’ve all had them. A bad boss! I have seen the good, the bad and the plain ugly of leadership. And lots of the ugly! Looking back, some of the instances I have seen, it does make you laugh thinking about how ridiculous and how lacking of self-awareness some people are. But to bear the brunt of it is not so funny. To be stuck (or to feel as though you are) in a business, organization or business unit with a bad boss is not only frustrating and upsetting but it can knock your confidence for a six.

The ironic thing is that most ‘bad bosses’ refuse to acknowledge they are bad. They blame and justify their actions as well as a highly tuned politician! As I said, the lack of self-awareness is as astounding as it is alarming.

You see, in the majority, people won’t confront a bad boss for fear of being yelled out, excluded, risk career suicide, be made an example of or being told they are negative and unappreciative. Or worse, the vendetta card pulled out at incentive time with their bonus or incentive cut.

You may be thinking that I am living back in the dark ages or  back in the 70’s or 80’s where aggression and bullying was accepted. Unfortunately I am not. There are still many instances and more than I care to acknowledge of bad bosses in the workplace who achieve through intimidation, misuse of power and really poor behaviours. The thing we need to do is call them on it.

Role model the behaviours you expect.

It can’t be one rule for you and another for your team. You must be the living and breathing example of what you expect in your workplace. Here are some examples of how not to be a ‘bad boss’:

Bad bosses will (hopefully) only get so far and last so long. People are getting smarter and less tolerant of ignorance. We don’t have time for it.